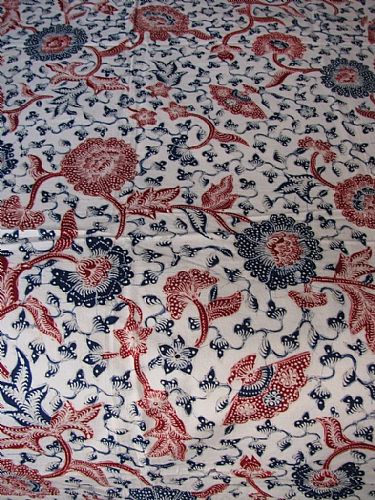 I bought this batik cloth in Lasem about 40 years ago when we were collecting samples of batik from all over Java for a mueum collection. Lasem is a small town on the north coast of Java which has long been famed for its batik, although there is not so much left of it now.

Lasem was particularly known for the bright "mengkudu" red which its dyers could achieve. So much so that batik manufacturers from other parts of Java sent their cloths to be dyed there. (in the days before synthetic dyes reached Java in the 1920s) The design of carnations and fans would be  aimed at the Peranakan Chinese community who lived in Lasem and other coastal Javanese towns, as well as places such as Penang in Malaysia

The red and blue on a white background is known as "bang-biru" and would be worn by married women. When batiking a cloth like this, great care must be taken, using very thick beeswax, to protect the white background from the blue and red dyes. 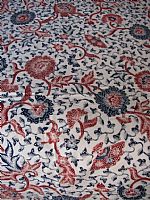 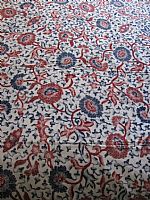 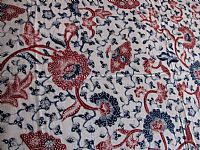 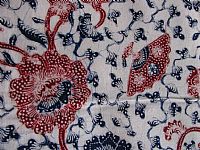 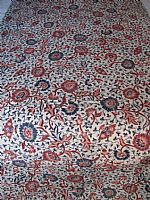 All our prices include postage within the UK.
If you are outside the UK, postage will be added automatically added when you order
Buy this item
There are items in your order